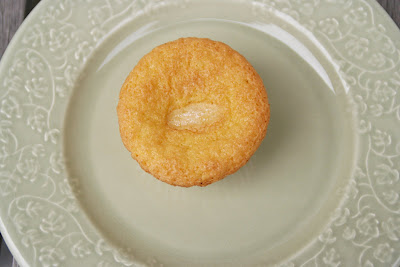 Every now and then I get a hankering for a food I can't get. Does this ever happen to you? Maybe it's something your grandma made when you were a kid, or maybe it's something from a restaurant that's closed, or maybe it's something that's geographically challenging to acquire. For me, typically, it's something Spanish that you just can't replicate here. My local Whole Foods and Bristol Farms have a lot of Spanish products now, and I love that, but sometimes you want something a little less known or a bit more regional. Even if you find the ingredients, which isn't easy in San Diego, where you can get any Pacific Rim/Indian subcontinent/Mexican ingredient you need (or maybe you can't - what do I know, I don't cook those cuisines!), many Spanish ingredients are hard to come by and they don't taste the same. It's like New York pizza: no matter how ardently a place claims to make the genuine thing it just isn't the same. There's something in the water, as the saying goes. 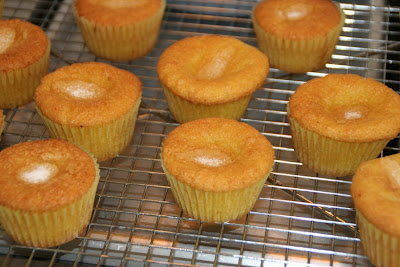 Anyhow, the other problem with Spanish cooking is the recipes themselves. I have no problem winging stuff in the kitchen, but many Spanish recipes put me off because of their lack of standard measurements, cooking time, or temperature, and when you're trying to duplicate a flavor that can be problematic. For example, a recipe might tell you to use half a tall glass of oil and a big spoon of salt, cook it at a pretty hot but not too hot temperature for a while until it looks right, and then serve. Yeah, see, if I could do that, I wouldn't need the recipe, right? 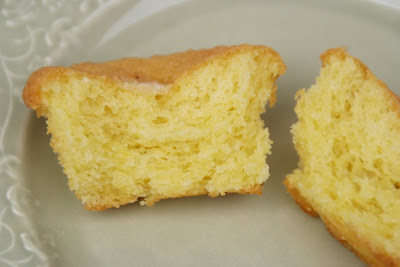 This week, for one of Mary's marathon cooking sessions, we decided to make Madalenas. They're the Spanish version of Madeleines, but not really - they're made with oil instead of butter...they're more of a muffin, really, and on the days I didn't eat fresh bread and the most heavenly creamy butter you've ever tasted - Plugra is close but still not right - I had these for breakfast at my grandparents' house with my giant cup of cafe con leche. I looked around the internet for a likely starting point, combined a couple of recipes that seemed like they might work, and managed to produce a fairly decent batch of 18. John and the girls really liked them so I only got to eat one (Whose memory are these, I'd like to know?). I'll be tweaking the recipe and making them again soon, but this was how I made this batch: 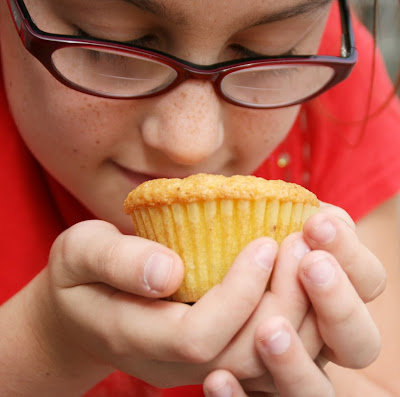 First Time Out of the Gate Pretty Good Madalenas

Preheat the oven to 350 and line 18 muffin tins with papers. You could just jam the papers into a brownie pan to make square Madalenas if that's what you're used to, but I was after the taste more than the shape. And see, no Madeleine pan needed.

Beat the zest and the eggs together until the eggs are light and fluffy, about doubled in volume. Add the oil and beat to incorporate. Add the sugar and beat some more.

Whisk the flour and baking powder together, and add them to the egg mixture. Blend it in thoroughly and then fill the muffin tins about 2/3 full.

Dot each uncooked Madalena with a pinch of sugar, and bake them for about 15 minutes, or until they've puffed up and turned a golden yellow color. You can let them get light brown if you'd like them a little more done. Cool them on a rack - they're better the next day, even.

Make yourself a latte, dip in a Madalena, and enjoy! Stay tuned for further refinements...Like I said, I'm going to tweak those quantities, but these were still pretty good.
Posted by Windansea at 9:55 AM

They look really tasty! Thanks for the recipe :)

they look delicious! my mouth is already watering!