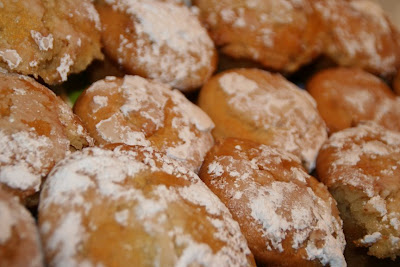 The rainy weather here in Windanseaville is just another excuse not to leave home, in my opinion. This is as close to winter as we get, and with a pot of chicken tortilla soup on the stove and the fire lit it's heaven on earth. A little knitting, a little baking, a good movie on tivo....even if I have to do a little work, the rest of the day is fantastic. Directly after reading this post by Bea this morning, I went to the kitchen and baked donut muffins. I even doubled the recipe so I could deliver some to a friend I had a meeting with and still have plenty for the girls. 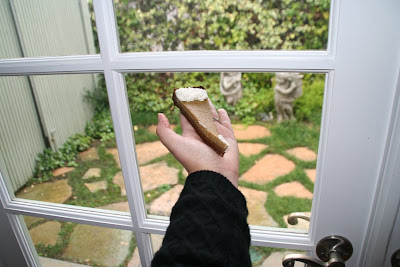 Did I mention that Fiona is home for winter break? The tortilla soup (the Barefoot Contessa recipe with leftover roasted chicken shredded into it) was for her - I promised I wouldn't make it until she was home to eat it! The soup was last night's dinner, accompanied by a pumpkin tarte. The tarte was a hit, so you're seeing what's left over, i.e., not much. The filling is basically the recipe on the Libby's can except that I used eggnog from a carton in place of the evaporated milk, and I baked it in a tarte pan with a gingernap cookie crust. Topped with maple whipped cream (3 cups heavy cream, whip until soft peaks, add about 1/2 c maple syrup - not pancake syrup - whip until the consistency you prefer) it is all kinds of good things on one plate. It makes enough for a 10" tarte plus 4 little 4" tartelettes (cuz you know you've gotta taste it before you serve it to people!). 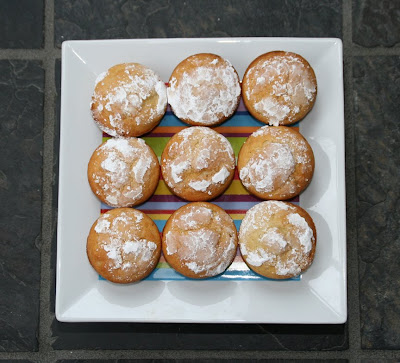 The muffins are pretty fab, too - I only dredged the tops in powdered sugar so they're not actually too sweet - good with a cup of coffee on a rainy afternoon.
Posted by Windansea at 3:28 PM

The soup and muffin recipes look great. We have another snow storm headed our way in a couple of days and I think I think I will be getting the ingredients today at the store to make them while we're stuck inside :)

It all looks delicious!

you're making me hungry with all this yummy food!