In Case You're Keeping Score... 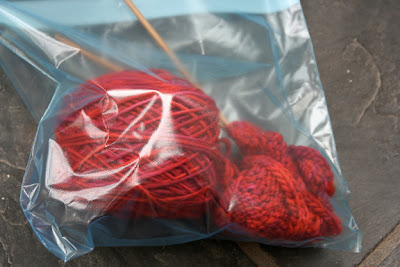 I was looking for something else entirely when I ran across this bit of knitting in a ziploc bag tucked inside a larger totebag. It's the start of the second half of my Candle Flame scarf, and I'd been wondering where it'd gotten off to. I started that sucker before Christmas! Anyway, that got me to thinking what else was lurking around my many project bags and various totes I take to meetings...

There's this, one of my "official" projects: 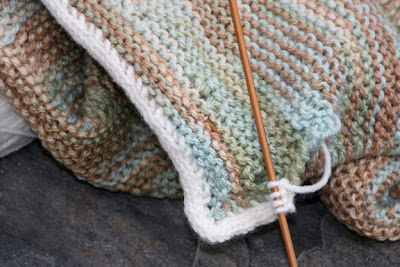 Then there's the Anais itself: 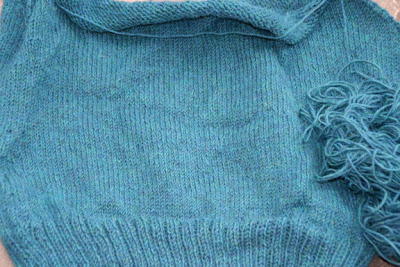 I'm almost to the exciting webby insert part, but I have to finish the back shoulders first. The poor thing has been stuffed into a bag, and, I'm not sure if you can tell, but I had some help on it from Snoopy. That snarly pile of yarn to the right used to be a beautiful alpaca yarncake. I don't know why those cakes offend him so.

Then there's the Clementine shawl, which I assure you is not so fluorescent in person: 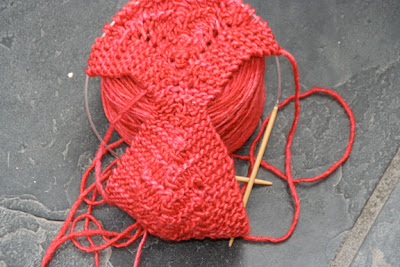 It's actually a beautiful shade of pink with a touch of orange. I like it, but I decided to do the center decreases with a S1 K2tog PSSO instead of the S2 K1 P2SSO (sorry, non-knitters, but no - you can't tell what the hell that is without knowing how to knit!) and now I'm trying to figure out if I have to rip it back and start over, or if I like it this way. I just don't like having to pass those 2 slipped stitches, and you know I'm lazy.

Here's the gold Tomten I cast on to make up for the BSJ being complicated: 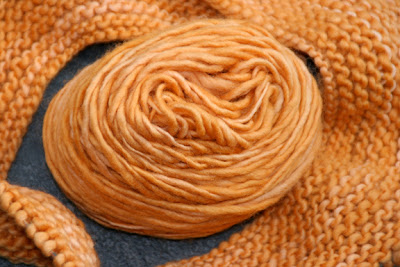 Rows and rows and rows of garter stitch, perfect for portable pleasure. I'm up to the first short row, which I'll do at home before heading out - after that it's 10 ridges of uninterrupted knitting with no reprieve.

Here is a Woodland Shawl: 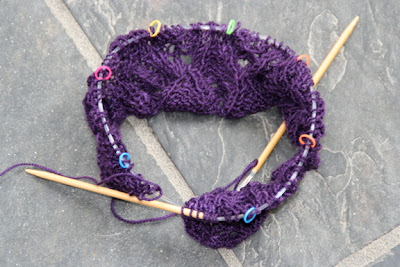 I love that Koigu, but I'm not crazy about the gauge. I was going to frog it, but that's the kind of thing I have to sleep on for a week or two. I placed it in the purgatory drawer with the pink Clarence scarf that's 90% done and holding, and a large wrap made of Knitpicks Sierra that's 75% done and most likely to be frogged soon. The Clarence may turn out too short, and the Sierra wrap is from my early knitting days and I'm pretty sure there are some crazy-ass stitches in there I wouldn't put up with now. 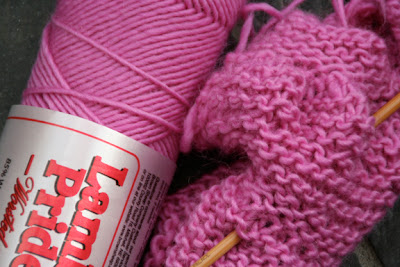 You know how Anna doesn't like to use a pattern? She finally broke down when she saw a Huggable Hedgehog at my LYS. She can knit like a fiend but she can't read the abbreviations - so I cast one on with her to keep her company row by row. Hers is blue.

Last but not least, I got a wild hair yesterday afternoon and cast on this: 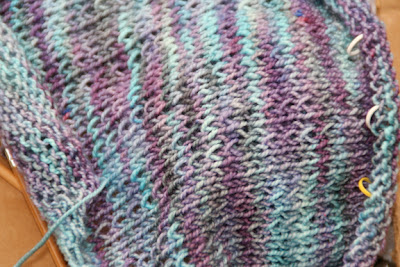 It is, of course, the famous Clapotis. The knit I never thought I'd jump on the bandwagon of. It's Koigu KPPPM, on the very same needle size I'm using for the Woodland Shawl - except I like the gauge here. Weird, huh? Anyway, usually bandwagons make me itch (I still haven't seen Schindler's List OR The English Patient, and I've managed thus far to avoid reading The Kite Runner.) but there was the Koigu, and there was the pattern, and I guess it was just meant to be. I actually like it. Don't tell anyone.
Posted by Windansea at 10:11 AM

All the colors are so pretty.

Wow your busy but it all looks great!

I admire you - I'd be so frazzled with all of the wips. They all look amazing, so it's obviously working well for you. Great color choices, too.

You have been randomly tagged! Visit my January 26 entry to find the 'rules'.

about the i-cord trim on the bsj, how do you attach as you go? i've been having a hard time finding instructions i can understand. any info would be appreciated,thanks.

hi reve, I picked up one stitch at a time as a went rather than picking up the whole shebang like they do here, but here's a good video that might help you: