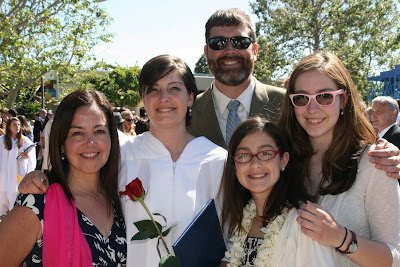 Here we are, Mr. & Mrs. Windansea and Daughters
In case you were wondering where I've been for several months, I've been right here, but with so many family obligations and other complications that I haven't been able to sit down and write. Since last we spoke: 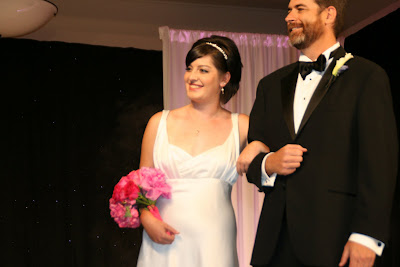 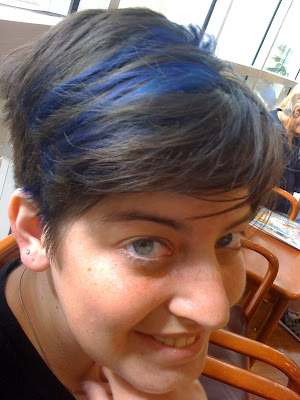 I remember when blue hair meant you were elderly....
Now we're dealing with something else altogether. In life, there are ups and downs, and thank goodness things in my life tend to balance out - when something goes to hell in a handbasket, something else is usually doing pretty well. Right now, I'm very happy that both my older daughters will be at the same college next year. Anna is going to CU Boulder as a Fine Art major, and Fiona has transferred there from Bennington because she changed her major to geology, and it just made more sense. I love Boulder, so I'm really happy I'll get to visit them in such a great place with the added bonus of a short, direct flight. And they'll have breaks at the same time - it's a miracle!
The handbasket contains my mom's health. This week we received a confirmed diagnosis of lymphoma, and she will be starting chemo in a few days. They think it's one of the indolent kinds of NHL that may have been laying low for quite a while, but it's now reared its ugly head and is causing all kinds of problems. She's 88 but she's in pretty good shape so we're very encouraged by the prognosis, but still. Cancer sucks. 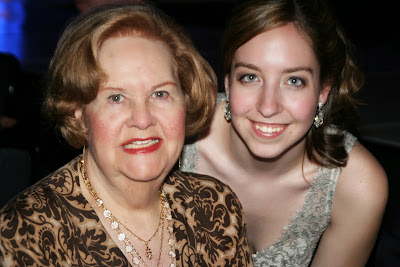 My mom with Fiona, May 2010. We all hope to look this good at 88!
I've bowed out of several of my community obligations to make room in the schedule for my mom's treatment, and this last week I went through a lot of my yarn and knitting projects to get everything organized for the waiting rooms. I've got all sorts of stuff to photograph for you, so stay tuned for that.
As always, thanks for the well wishes, my internet friends. I know you're out there, and I appreciate you all.
Posted by Windansea at 8:43 AM

Welcome back! I've missed your recipes:)

well hello there, stranger! we've missed you, period. congrats to anna and mary for graduating. blue streaks, huh? you didn't join in and get some of your own (in a different color of course!). that is fantastic news that both anna and fiona will be at the same school now! sorry to hear about your mom. will be sending good thoughts your way. :)can't wait to see the knitting!